“Six yards of pure grace and beauty”, a perfect description of one of the oldest forms of traditional clothing. 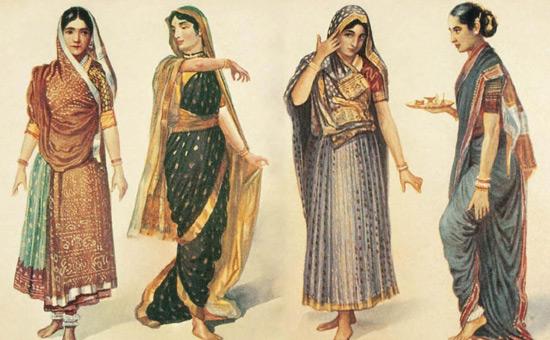 The saree is an unstitched piece of cloth that ranges between 5 to 9 meters in length. It is traditionally worn by most Indian women and is said to have great historical cultural significance. The saree is a classic form of clothing which dates back to a period over more than six centuries. In India, there have been thousands of invasions, conquests  by foreign rulers and changes in cultures. Notwithstanding these shifts taking place in India, the inimitable saree is still going strong. The saree is considered as a primary piece of clothing even in the modern wardrobes.

The saree might be a fashionable clothing trend right now, but it began as a conventional drape used by women thousands of years ago. The origin of the drape, a garment similar to the saree can be dated back to the origins of the Indus Valley Civilization which came into existence during 2800-1800 BC in the north-west region of India. 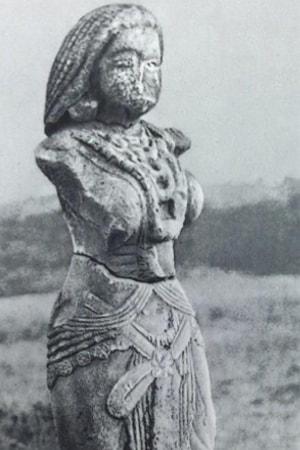 The journey of saree was initiated with the cotton fabric, which was first cultivated in the Indian subcontinent around the 5th millennium BC. After the cultivation was fabric was weaved into drapes which were trending during that era mostly because weavers started using prevalent dyes like indigo, red madder, turmeric and lac.

Subsequently, the saree evolved into a three piece ensemble comprising the Antriya; the lower garment, the Uttariya; a veil worn over the shoulder or the head, and the Stanapatta; a chest band. This complete three piece dress was known as Poshak; a generic term for a costume.

India is the most diverse country in the world. The country derives its strength from the diversity, simplicity and unity of every part of the country. For a country with more than 1.2 billion people, approximately 780 languages and 29 states, India’s diversity in culture, fashion, geography and people are truly remarkable. Draping a saree is an art in itself.  Every state in India represents its own style of draping a saree and that’s what makes the states as well as the country unique.

Here are a few distinct traditional styles to drape a saree from different parts of India:

Athpourey saree from Bengal: This style originates from the roots of the state of West Bengal which is located in the eastern part of India. This is one of the most recognized styles of draping a saree. 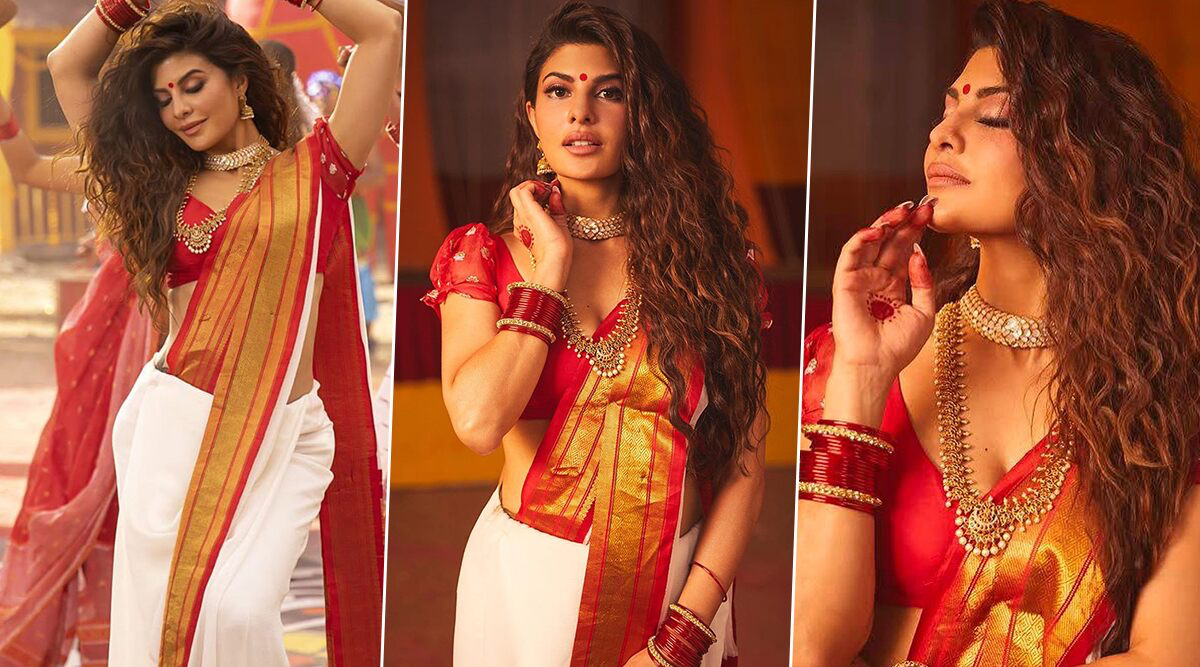 2) Nauvari saree from Maharashtra: The Nauvari saree is a nine yard saree which speaks volumes about the strong and independent women in the state of Maharashtra which is located in the western part of the Indian subcontinent. 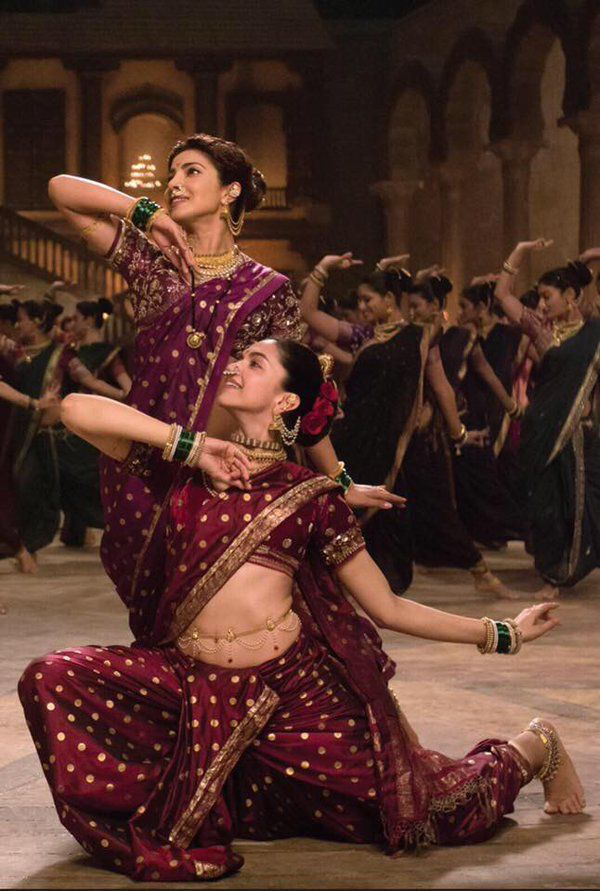 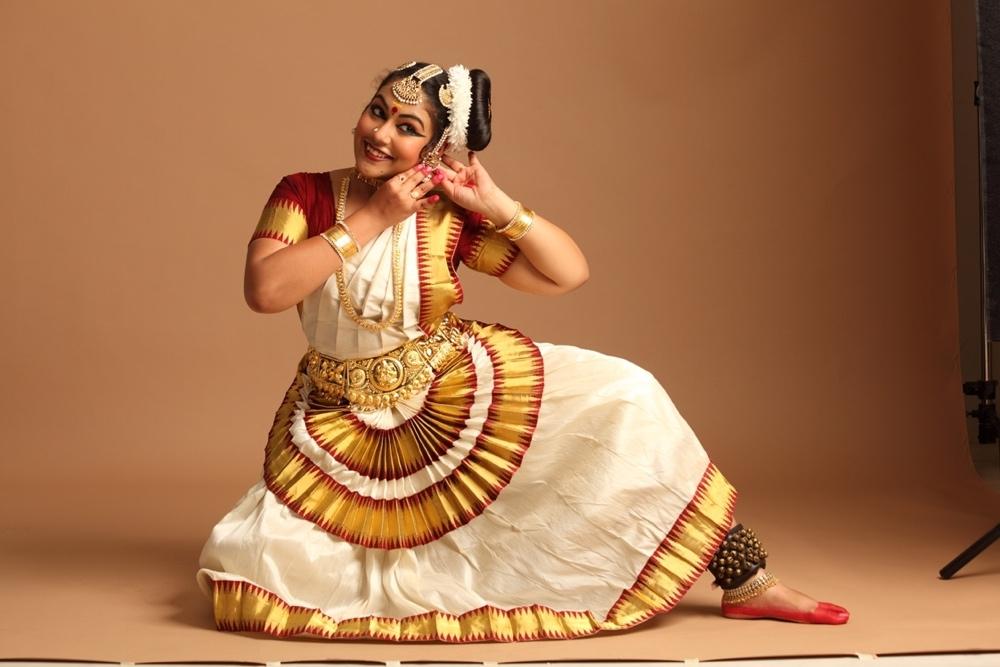 4) Kunbi saree from Goa: The Kunbi is an ancient style of draping a saree in the state of Goa located in the western part of the Indian subcontinent. This saree is mostly worn by the tribal women in Goa. 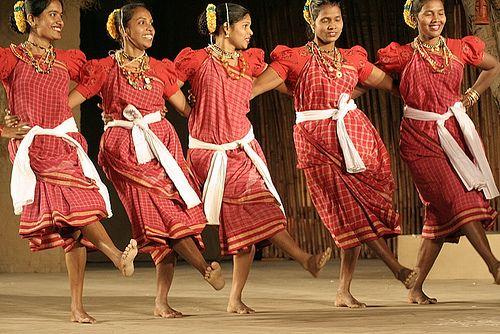 Sarees today not only include the authentic factor but also a little touch of modernity. The traditional catalogues and styles are being re-designed and re-discovered by designers who are creating and sketching new styles that are being lauded globally.  The newest chapter in the history of “The Saree” is dominated by stunning creations and fusion fashion.

The gorgeous saree gowns, groovy saree pants, bluesy t-shirt sarees, gleaming neon saree and the brilliant half and half sarees are few of the many fascinating options for those who want to jazz up their traditional look without compromising on the grace and beauty of the saree. 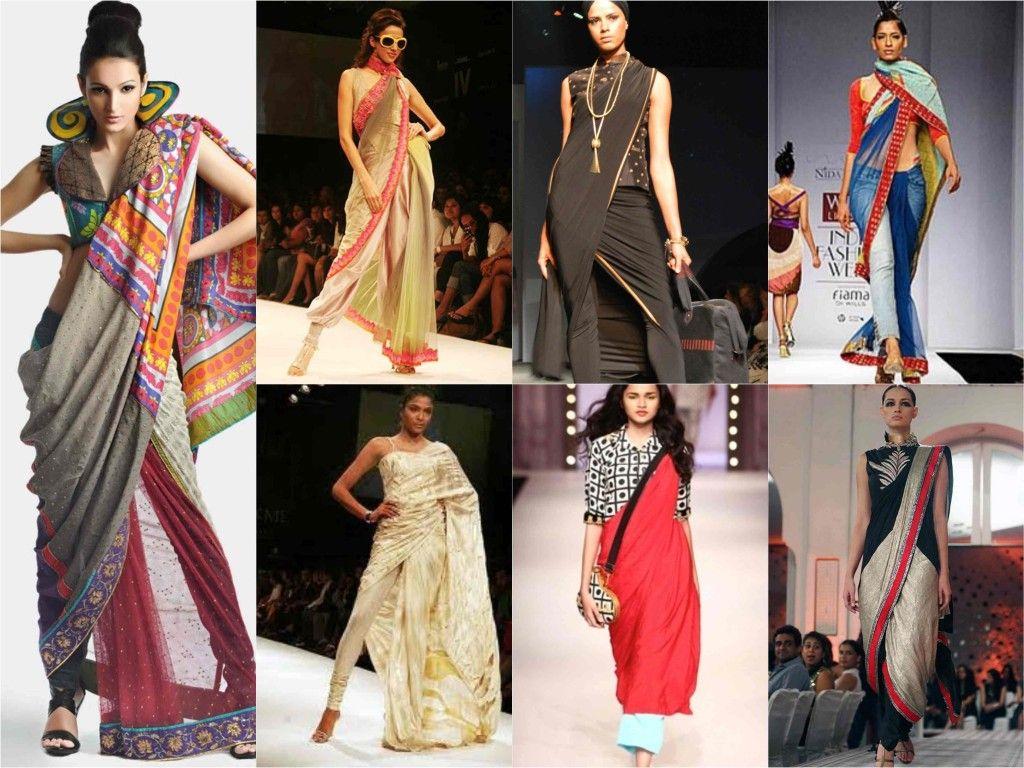 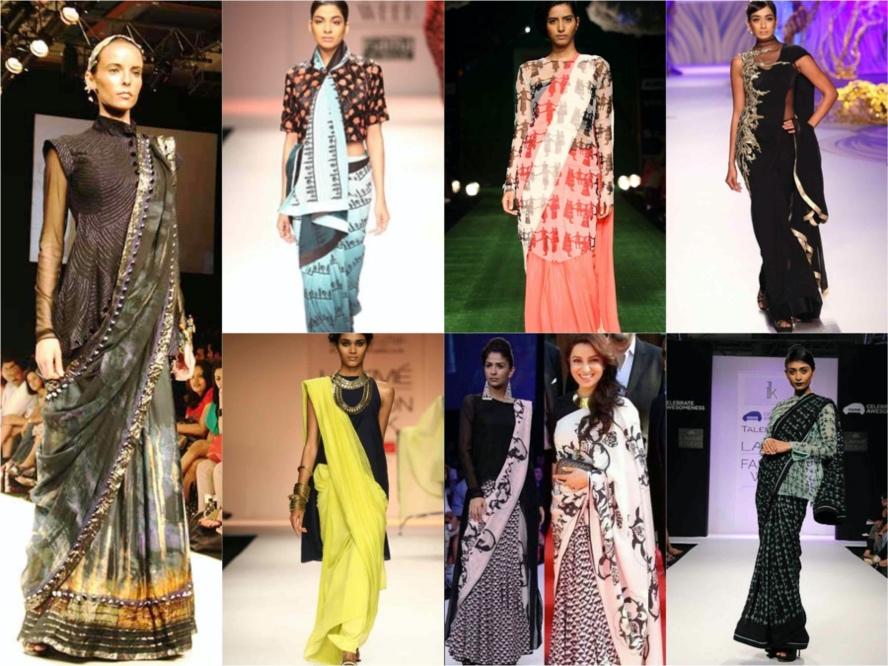 Change is the only constant, and it couldn’t be truer in terms of fashion trends. However, one trend that has held its ground through centuries is the classic saree. The saree is a garment that is a true reflection of a woman’s elegance and grace and it imbibes confidence and power and upholds the centuries old tradition and culture. So this festive season, don’t forget to style yourself in a saree!

A fashion fanatic and travel enthusiast by nature, Aly thrives on creativity and diversity. She's also a fine food amateur who is obsessed with both cooking and eating out. When she’s not trying to comprehend the latest Tiktok trends, catch her planning her next tropical escape. View all posts by Alice